Lough Neagh has a fantastic series of myths and legends that provide great character to this beautiful landscape. Among these are some creepy and compelling tales of ghosts and hauntings that stretch back hundreds of years. Here are 5 of the most haunted places around Lough Neagh and the stories behind them.

A beautiful 17th century house located on the outskirts of Moneymore, Springhill House is a National Trust run property that provides a warm welcome to the many people that visit Springhill every week. Beyond the Beautiful property’s façade lays a spooky secret, the site is strongly believed to be a haunted house. The ghost behind the haunting is believed to be Olivia Irvine, wife of George Lenox-Conyngham. It is said that the Blue Room plays host to Olivia’s ghost reliving her attempts to prevent her husband George from taking his own life, each time in vain. There are many documented accounts of hauntings at this site and it may be something you want to investigate on your next trip to Springhill House.

An unassuming house in the village of Brocagh, Bellville House is a 17th century gabled house with its own dark past. As the

story goes, a former owner of the property, Lady Morris, took her own life within the house. This tragic act resulted in Lady Morris’ ghost being bound to haunt the site, and those who dare enter. It is believed that a priest has since exorcised the spirit into a bottle. Depending on who you believe the bottle is believed to be buried either within the attic wall at Belville House, or, in the grounds of nearby Mountjoy Castle. Either way, it is without doubt one of the spookier places around Lough Neagh.

Back in 2009 a quiet, seemingly unremarkable road played host to an explosion in popularity after sightings of a ghostly woman draped in a white dress, surely the stuff of nightmares. This didn’t deter hordes of amateur ghost hunters from pouring onto the site along Mullaghmoyle Road nestled between Coalisland and Stewartstown. There are two different accounts that seem to be consistent between those that have sighted the ghosts, the first is the woman in white, believed to be ghost of a woman that previously occupied a nearby farmhouse, the second being the phantom hitchhiker. Whatever the truth is, Mullaghmoyle road is surely going to be a popular place this Halloween for those looking to witness the supernatural occurrence. 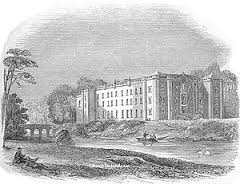 Antrim Castle, whose construction started over 400 years ago, has been reputed to be the victim of a haunting, with accounts detailing the ghost stalking the grounds. The castle which had been part of the local landscape in one form or another over the course of 300 years had been burned down back in 1922 leaving ashen ruins in place of the once glorious castle, with those ruins being removed back in the 1970’s. The castle had a long and eventful history, though even amongst all that history the ghost that is believed to haunt the site stands as one of the most fascinating cornerstones of the sites history. The ghost is believed to be that of Ethel Gilligan, a servant girl working at the castle at the time of an arson attack. Ethel was rescued from the fire but later died of smoke inhalation, after this horrific death, there are many accounts of a ‘White Lady’ wandering the grounds of Antrim Castle Gardens. The grounds are always worth a visit whether it’s to enjoy the beautiful gardens or the ghostly goings on.

One of the oldest and most storied locations around the shores of Lough Neagh, Shane’s Castle has a history of hauntings. The 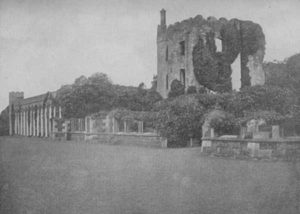 site near Randalstown was originally constructed back in 1345 was built by the O’Neill dynasty and has served as home to many generations of the O’Neill lineage. Shane’s castle was unfortunately devastated by a fire 200 years ago in 1816 during a large party and a great part of the castle was lost forever. The castle and family which are so intertwined are the subject of many folk tales and reputed hauntings from talk of ‘wee people’ carrying a daughter into the lough to the mysterious black face on the eastern wall of the south-west wing of the castle. The most haunting tale is that of Neinny Roe, a banshee that was said to be heard at every death in the O’Neill family until the fire in 1816. Tradition says that the banshee was once a daughter of the O’Neills and a bed chamber was kept for her use alone, with visitors reporting seeing the spirits indent on the bed within the chamber. Some have suggested that the fire that devastated the castle were the actions of the vengeful Neinny Roe whose chamber was occupied during the large party that took place the night of the fire. Whatever the truth, there’s no escaping the enchanting tales that litter the history of Shane’s Castle.

Visit our website for further information about Lough Neagh & Its Waterways: discoverloughneagh.com